There’s no denying that otters are adorable little creatures, so there’s no doubt the question has been asked before. Do otters make good pets?

Otters do not make good pets. While they aren’t particularly dangerous to humans, otters have sharp teeth and are much more energetic than other mammals. If left out, an otter will potentially destroy your home and your belongings. From a legal standpoint, it’s also very difficult to own an otter.

These animals have a lot of energy, and if they aren’t given the correct environment, they can become quite destructive.

They’ve been described as ferrets on drugs. There is very little that can be done to prevent an otter from going through every inch of your home. Otters are playful creatures and will go through everything they find.

Even though they can be trained to stay out of areas that are off-limits, they demand a lot of attention and will gain it in any form they can. This can include destroying your belongings.

Being that they are so social, it’s actually recommended that you have two otters together to mimic their family group lifestyles.

There Are Legal Issues

In the United States, it’s illegal to own an otter as a pet except in the following states. The species of otter should also be considered when looking at the laws of your state. The only species currently allowed as a pet is the Asian small-clawed otter.

They Require a Lot of Care

Otters need a lot of environmental enrichment. This means that they need to be able to play, learn, and become stimulated by the world around them. If they don’t receive the enrichment they need, they can become destructive and possibly violent.

They also need to eat 25% of their body weight every day. They require a diet of sea urchins, crabs, mussels, and clams. They’re also known to float on the surface and use a rock to crack open some of their tougher feed items.

They Need a Lot of Space

It is recommended that a pair of otters receive at least 6m2 of space for their environment. This can sometimes be roughly the size of a small apartment.

Since otters need to be in pairs, at least, you should add an additional 5m2 to their environment. Something that could be very difficult to do if you have a small space, to begin with.

They are marine animals, which means there needs to be a body of water present in their enclosure. The pool should take up at least 30% of their environment. This water needs to be kept at a consistent temperature of 75-85°F (23-29°C).

There are many interesting facts when it comes to otters. However, no matter how interesting they are, you shouldn’t approach them in the wild. While they aren’t dangerous to humans, they are still capable of hurting you if they feel threatened.

There are actually 13 different species of otter located around the world. However, the United States is home to only two of these species: the sea otter and the North American river otter.

They Have Interesting Fur

Instead of using blubber, like other marine animals, otters rely on their fur coats to keep them warm. Their pelts contain anywhere between 600,000 to 1,000,000 hair follicles per square inch of their body.

They Can Have Pups Anytime

Some animals are restricted to the time of year that they mate and give birth to their young. Otters do not have that problem. They are able to mate and birth baby otters all year round.

Baby otters will stay with their mothers for six months to a year until they’re able to develop their necessary survival skills.

They Can Hold Their Breath for a Long Time

The diet of otters is mostly found under water. This requires them to be able to dive deep to get their food. Sometimes this means staying submerged for minutes on end.

A sea otter can remain underwater for more than 5 minutes. There are also records of river otters staying beneath the water for up to 8 minutes.

Some of their food sources are difficult to open. Clams and mussels can be tough for animals to get into because of that hard shell. Despite that, otters have figured out how to use the tools around them to get their food out.

Typically, they will use a rock as their main tool. In fact, they have a patch of skin that they’ll use to hold their tools, as well as any food they’re able to forage.

These social creatures love to sleep in large groups. They’ll actually wrap themselves up in seaweed together in order to avoid floating away. This way of sleeping resembles a raft, which is what researchers have named groups of otters.

While they may be adorable little creatures, these animals smell terrible. They are almost always kept outside because of the odor they emit. Otters will produce and smear their own droppings in order to mark their territory.

In conclusion, otters don’t make good pets. Their hyper behavior, the potential legal problems, and the much-needed space and care are all major reasons why otters aren’t good pets.

As adorable as otters are, you are probably better off just visiting them at the zoo. Or get a cute otter stuffie and watch a movie about otters instead of having one as a pet. 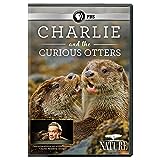 NATURE: Charlie and the Curious Otters DVD
(27)
Buy on Amazon Squirrels are furry, adorable creatures, and though they thrive in the wild, it’s no surprise that some people choose to keep them as pets. As such, pet squirrel owners need to take full responsibility for their dietary requirements to meet these quick critters’ high energy demands. Squirrels held captive also need to stay healthy and… Did you know that skunks have been household pets for a few decades now? These exotic pets can be fun to have and a great talking point. But do skunks make good pets? Let’s talk about everything skunk! Do Skunks Make Good Pets? For the right owner, a skunk can make a fantastic pet. Skunks… Snails are friendly, easy, and relatively low maintenance. They enjoy a moist environment and each other’s company. If you take proper care of them by providing a comfortable home, they live for years, and that includes the soil type most suitable for them. The best type of soil for pet snails should be able to… Whether you live in an urban area or out in the country, skunks are everywhere. And it’s about the time of year when baby skunks are found orphaned. Most people immediately want to bring those babies in and care for them. But they can be a lot of work, especially when it comes to feeding…. When it comes to feeding, a house sparrow takes advantage of immediate opportunities. It will eat and feed on whatever is available. On the other hand, an orphaned baby sparrow without feathers needs care and a proper diet to survive. Baby sparrows grow rapidly; hence they require proteins to develop appropriately. Finding a natural diet… If you keep snails as pets, you probably enjoy watching them as they crawl in slow motion, eat, breed, or just laze around. You most likely pick them up once in a while to pet them. But with all their slimy mucus, some people would wonder if that’s really safe to do. Pet snails can…